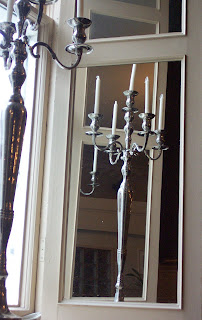 Weekend Reflections
Shared by Crafty Green Poet at 8:27 am 14 comments:

My poetry chapbook Unthinkable Skies is now available! You can order it from: http://www.calderwoodpress.co.uk/ and overseas orders are welcome.

The title Unthinkable Skies is taken from one of the poems in the collection and most of the poems feature the sky in some way. Yes there are lots of birds in there but lots of other themes to interest the non-birdwatchers among you. There will be a launch event at some point and I'm hoping to do several other readings over the next few months, mostly in Edinburgh but also in other parts of Scotland and even perhaps in Manchester and Bristol, depending on opportunities.

I'll keep you up to date on these kind of things, though I hope not to become boring about it. You can always check this post here for updates of what I'm doing.
Shared by Crafty Green Poet at 7:03 pm No comments:

Email ThisBlogThis!Share to TwitterShare to FacebookShare to Pinterest
Musing on: books, poetry

As some of you may know, I recently joined Twitter. I recently did an online marketing scoping exercise for the charity I work for. While doing this I spent a lot of time on Twitter and realised that I could use it personally. In the first week I found myself with 50 followers and currently have a few over 100 after 3 weeks. Now these aren't huge numbers but they're not bad. Plus a lot of these people are people who didn't know me before I joined Twitter. I've already had Twitter contacts starting to follow my blogs, friending me on Facebook and offering to publicise my forthcoming poetry chapbook.

You can use Twitter in many ways but if you're looking for new audiences for your writing, your blog or your art there are ways you can maximise the marketing potential of Twitter.

1. Think about it first. Look at a few Twitter accounts before setting up your own. Or go to the homepage and search on a topic that interests you. Find out how people are using Twitter and what they're saying.

2. Start out with confidence. It's fine to set up an account quietly and then spend time thinking about how you want to use it but once you start, it's good to sound as though you know why you're there rather than tweeting (posting) 'Not sure why I'm here' twenty times.

3. Have an idea of what you want to say. General chit chat is fine and that's why a lot of people use Twitter. If you're using it for marketing though, it's useful to tweet about your writing and about things that fit in with the persona you want to project. Unless you're famous, people who don't know you are likely not to be interested in very personal chit chat. At the same time make sure you don't only tweet to market your work, because if you do that people will become bored very easily. Some people successfully use Twitter as a noticeboard where they purely post occasional marketing notices, but that misses out on the huge potential the medium offers. I tweet mostly about nature, crafts and poetry, plus I post short poems, links to highlights from my blogs and notices about my poetry. If you're on both Facebook and Twitter, try not to say exactly the same on both, specially if your audience is the same in each case.

4. Follow people! Lots of bloggers use Twitter so follow some of the people whose blogs you read. Find new people to follow too! If you follow people, they may follow you back (though following is not necessarily a two way process. Some people stop following you if you don't follow them back, but you don't need to follow everyone who follows you - some will be spambots, some will just want to sell you stuff, others you may just not find interesting). Getting the highest number of followers shouldn't be the aim in Twitter, it's best to have relatively few followers who are really interested rather than a thousand followers who never read you. You can list people in Twitter and make a 'favourites list' for the days when you're too busy to read everyone's tweets.

5. Retweet things of interest. If your favourite poet has just posted a wonderful haiku or a charity you follow has just posted some vital news you can share that with your followers by retweeting it. This helps to make you popular and shows you're interested in engaging with the medium. It can also help to build your Twitter persona.

6. Use hash tags. Hash tags are a way that Twitter uses to group tweets on the same topic. Some of my favourite hash tags are: #haiku; #senryu; #tanka; #micropoetry; #birds. If you add a hash tag to your tweet then other people interested in that topic will pick up your tweets and may start following you or re-tweeting you as a result.

7. Talk to other people on Twitter. If you include someone's Twitter name (eg @craftygreenpoet) in a tweet, even if you don't follow each other then that person will get your message. Doing this, the messages are readable by anyone. Twitter also offers a private message service.

I now prefer Twitter to Facebook and Myspace, which is ironic because when I first started out on the online social marketing lark, I thought Twitter was the one I would never use! Twitter certainly has proven more useful to me in terms of finding new audience for my work and also in terms of finding new writers I'm interested in.

I'm hoping eventually to write a different version of this article for non-profits for the Information Officer Support Group blog which I contribute to.

For a longer guide to using Twitter to market your work as a writer, please read Debbie Ridpath's excellent guide at: http://www.inkygirl.com/a-writers-guide-to-twitter/
Shared by Crafty Green Poet at 2:07 pm 9 comments: