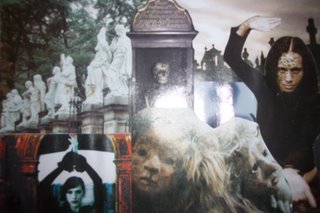 country graveyard –
the spirits of the dead
gather round us.
Shared by Crafty Green Poet at 12:41 pm 6 comments:

Email ThisBlogThis!Share to TwitterShare to FacebookShare to Pinterest
Musing on: haiku, poetry

Chichewa - the language of Malawi

Prompted by a conversation I had on Twitter, I thought I would share some of the phrases of Chichewa that I still remember twenty years after leaving Malawi.

Chichewa is the main language spoken in Malawi (along with around 11 other native languages, plus English), though as Chinyanja it is also spoken in Zambia and other parts of southern Africa, apparently it is the third largest African language in Zimbabwe. Chichewa is a Bantu language. There is a basic phrase book here.

So, here are the phrases that I most remember and am likely to still throw into conversation (!):

I don't have much opportunity to use Chichewa in Scotland (so I'm unlikely to develop my skills, despite my Chichewa book!) but I have occasionally spoken a wee bit with Malawians I've met over here and I did once get involved in a Swahili conversation because of the similarity of some words with Chichewa.

Anyone else remember bits of a language you used to speak a long time ago or from a country you lived in or visited?
Shared by Crafty Green Poet at 1:25 pm No comments: 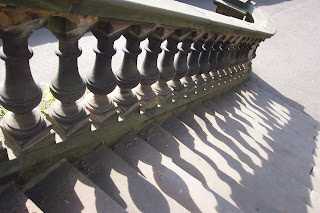