The Ball's in Your Court - Learning a Foreign Language e-book 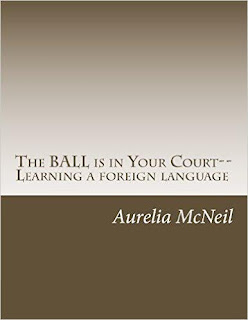 This short guide is intended to inspire and direct your language learning. Covering topics including learning styles, the origin of languages and the importance of learning about culture alongside language, this is an energising read for anyone learning or thinking of learning a language.

The book usefully helps the reader to identify and overcome their own barriers to language learning, whether lack of self confidence or difficulties with hearing spoken languages. It also helps you decide whether you would be better learning in a classroom (and if so, how to find a good teacher) or by yourself with books and tapes and how much time you can afford to devote to your studies. It goes into some detail on selecting learning materials (including recommending some individual programmes. It also offers some useful techniques for learning and using a foreign language - including circumlocution (rephrasing what you want to say to avoid coming up against words you don't know) It offers suggestions for how to build up your fluency, including suggesting reading a magazine of interest to you (for example, I read the Italian version of Focus magazine, which not only helps me develop my understanding of Italian but also gives me plenty of genuinely interesting articles, many of which are about science.)

The Ball in the title of the book, refers to BALL, an acronym gor Brain Activated Language Learning.

Though by the end of this book you won't have learnt a new language, you will have your mind thinking about how best to go about it. Which is a very important place to start.

The Ball's in Your Court - Learning a Foreign Language by Aurelia McNeil is available here.

Disclaimer  - I recieved a free review copy of this e-book.

Shared by Crafty Green Poet at 7:06 pm No comments:

Email ThisBlogThis!Share to TwitterShare to FacebookShare to Pinterest
Musing on: books, languages, review 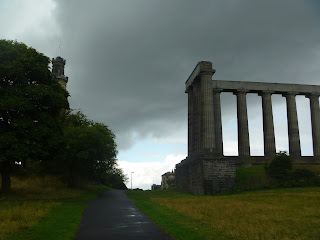 Shared by Crafty Green Poet at 12:57 pm No comments:

The Shoeshine Killer by Marianne Wheelaghan

At the opening of The Shoeshine Killer, Detective Sargeant Louisa Townsend (who we first met in Food of Ghosts which I reviewed here) arrives in Fiji to attend a conference on money laundering, just as a military coup is announced.

The coup means that Louisa can't stay in the conference hotel so she ends up staying in a small bed and breakfast, where she quickly makes friends with the owner. Unfortunately the owner is soon killed and rather than being a conference attendee, Louisa finds herself faced with a murder to investigate, if only the local police would let her help them, or perhaps they think she's a suspect?

Meanwhile what about the shoeshine boys, who live all together in a communal house and are overseen by a domineering boss. What is their connection with the bed and breakfast owner? Do they know anything about the murder?


Louisa is a very well-drawn, realistic character, grumpy, impulsive and obsessively clean. She's not entirely likeable but the reader can't help but be on her side, as she's so very human in all her failings and we very much feel for her as she struggles against her difficulties. It must take a lot of determination to face eating from a communal pot let along coming across a murder scene when you're obsessive about cleanliness and tidiness.


Throw in a corrupt church minister and local opposition to plans to build a gay holiday resort and there's a lot to keep the reader's attention in this story.

The Shoeshine Killer by Marianne Wheelaghan, is available to buy for Kindle here.

As ever, coloured text contains hyperlinks which take you to other webpages where you can find out more.
Shared by Crafty Green Poet at 2:25 pm 1 comment:

Beyond Expectations, a theatre show from Untold Theatre revisits Charles Dicken's classic great Expectations and re-tells the story from the perspective of Estella.

The story starts with Estella as a youngster, living with her mother, a passionate gypsy and her father, Magwitch, a drunk who beats her mother. She is then taken into the care of Miss Havisham, during which time she meets Pip. Although Pip loves her, she coldly rejects him, flirts with many other men and ends up in an unhappy marriage. Miss Havisham taught her well how to destroy men's hearts, demonstrating by ripping off the wings of a moth. At the same time though, she never taught Estelle the art of self preservation.

It's really interesting to see this well known tale told from a different perspective, though I felt it didn't really give a huge amount of insight into Estella as a character, over and above what we already know from the novel.

That aside, this is a wonderful production. The use of music and film add a great deal of atmosphere, whether it's restless ocean or scudding clouds or the forbidding gates of Miss Havishan's Satis House. The acting is consistently excellent and there is a good balance between humour and pathos. There's great attention to detail too, for example, I loved the puppets that were used to represent Estella and Pip in their very young years.

So all in all, a definite recommendation if you don't know what to see in the mass of theatrical possibilities that is the Edinburgh Festival Fringe.

Information on the show:
Disclaimer: I received a free review ticket for this show.

Shared by Crafty Green Poet at 6:28 pm No comments: