This is a huge (over 700 pages), magnificent novel set in Italy immediately before, during and immediately after the Second World War. When I picked it up I thought it might be hard going but it isn't. Admittedly there are scenes of great hardship and suffering and some sections are difficult to read. However mostly it is driven by the irrepresible optimism and liveliness of the central character Useppe, who is born near the beginning of the book and is still a child by the end of the book. His widowed mother Ida is a teacher, she is very timid and ignorant of world events. I wasn't convinced by Ida as a character, feeling that a teacher would have been unusual to have been quite so scared of the world, but teaching is possibly one of the few professions a woman in 1940s Italy could have had, and her ignorance was central to the book's effect. The book explores Italian history of the period very well but its focus is definitely on the lives of ordinary people who are living their lives, often in ignorance about much of the politics that was going on behind the scenes.

Ida and Useppe are bombed out of their original home, find a space in a crowded shelter then move through a succession of rooms. Useppe makes friends wherever he goes, though it is often difficult for him to find people to make friends with and his friends often disappear from his life without warning (which ultimately wears him down). He also finds two dogs, a cat, some rabbits and some canaries at various points along the way. Each of these animals is beautifully portrayed. Bella the dog is the most engaging fictional dog I've ever read about, she is a real friend for Useppe and a fully drawn character.


Useppe is also very much in tune with nature. There are several wonderful scenes where he visits favourite places to sit in trees and listen to the birds. He lives his life to the full and enjoys everything there is to enjoy around him.


Meanwhile history marches on, passing us all by, in our small lives, whether we choose to hide away from the world or embrace it.


History by Elsa Morante, translated from Italian by William Weaver


For Italy in Books

Shared by Crafty Green Poet at 8:11 am No comments:

Red Dust Road won the Scottish Book of the Year Award and I was delighted to win copies of all the shortlisted books in a competition over on For Books Sake. (Just a week before the close of public voting on the winner, so I had to speed read all four books but I did get my vote in!).

Red Dust Road is Jackie Kay's account of growing up in Glasgow, black, lesbian and adopted. It also covers her search for her birth parents. It is a companion piece to her recent poetry collection Fiere (which I reviewed here for Book after Book).

It is a very moving and often entertaining story. Kay seems to have been very lucky with her adopted parents, who come across as wonderfully supportive in all possible ways. Her birth mother is a very nervous Mormon from the Highlands of Scotland and her birth father is a recently born again preacher from Nigeria.

Kay describes her search beautifully and reflects on nature vs nurture and the meaning of family. It's a book well worth reading, specially if you know Jackie Kay's work.

reviewed for the LGBT Reading Challenge

As ever, coloured text contains hyperlinks which take you to other webpages where you can find out more.
Shared by Crafty Green Poet at 9:40 am No comments:

There's always lots going on at the Edinburgh International Book Festival, but it can be very expensive. Tickets for most events are £10 and then if you do the expected thing and buy the speakers' books, an event can easily lead to you spending another £30 on top of your ticket price.

I'm delighted this year to have a press pass and so I've been able to get free tickets for several events (and you can read my reviews for these events over on Crafty Green Poet). However, some events are free for everyone! These include:

Story Shop - an up-and-coming Edinburgh writer reads a short story at 4pm every day in the Spiegeltent. You can see the list of readers here. (You may notice that I will be reading a story on Tuesday 23 August).

Unbound - two hours of entertainment for free from 9pm every evening in the Spiegeltent. Last night Kristin Hersh sang and read from her memoirs, it was a brilliant evening! Tonight the Golden Hour, Edinburgh's regular monthly cabaret of music, stories, poetry and cartoons comes to Unbound. You can see the whole Unbound programme here. You may need to turn up early to guarantee a seat!

Amnesty International Imprisoned Writers Series showcases the works of writers imprisoned for their words at 5.30pm every day.

There are also free taster events at 10am every morning. Ten minute readings from a randomly selected author from that day's programme.

As ever, coloured text contains hyperlinks which take you to other webpages where you can find out more.

Shared by Crafty Green Poet at 9:08 am No comments: 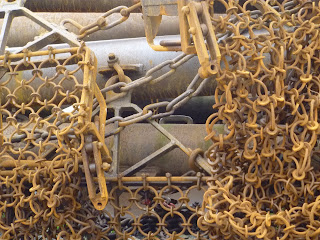 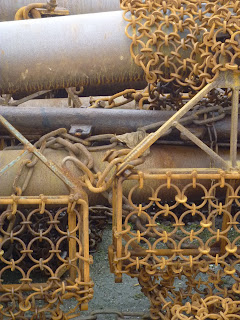 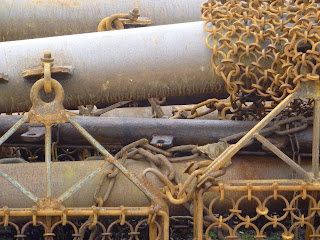 taken in Kirkcudbright during our recent holiday to Dumfries and Galloway. More photos to follow, mostly on Crafty Green Poet.

Puppets and Flags at Traquair Fair

We went to Traquair Fair today, which takes place at Traquair House in Innerleithen in the Scottish Borders. 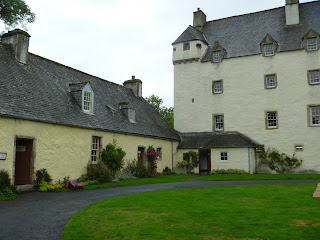 There is a mythical Traquair Fair in my mind, where the sun shines brightly all day and I get gently sunburnt sitting in the orchard listening to the music. This happened once, most times we've been to the Fair it has rained constantly and today was no exception. However we still had a lovely time. We enjoyed meeting these puppets: 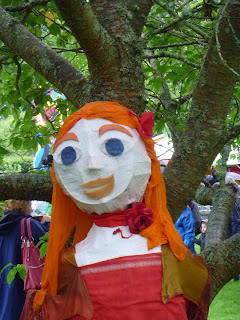 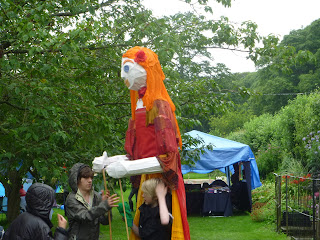 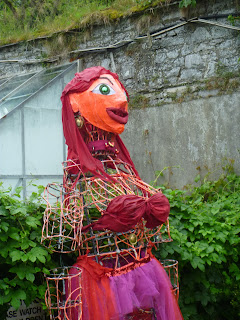 and these flags brightened up the day: 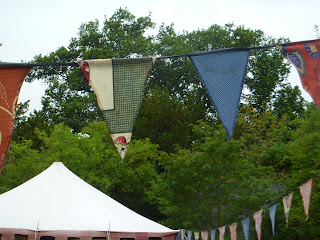 and we enjoyed beer brewed in the Traquair Brewery and a pizza baked in this oven: 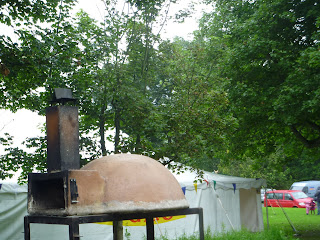