I've had to spend some time this week in doctor's waiting rooms. Yesterday I was kept waiting for quite a while, but even when I had already finished the book I had with me, I didn't get bored and in fact wrote several haiku. Here are a couple:

waiting room -
everyone smiles
at the baby.

*
Indian Summer -
waiting for hours to see
the doctor.

Email ThisBlogThis!Share to TwitterShare to FacebookShare to Pinterest
Musing on: haiku, poetry, senryu


I have to admit that although I enjoyed most of these stories, I didn't find any of them as brilliant as the best of Murakami's writing (for example his other short story collection The Elephant Vanishes or the novel Hard Boiled Wonderland and the End of the World).


I think my favourite story in this collection is Where I'm Likely to Find it, where the protagonist volunteers to help a woman find out what happened to her lost husband. This is the story that has for me the greatest combination of insight and quirkiness, which is the most satisfying part of Murakami's best writing.


I also really enjoyed A Shinagawa Monkey, in which a talking monkey is discovered as having been responsible for stealing people's names.

For the Haruki Murakami Reading Challenge

Shared by Crafty Green Poet at 8:26 am No comments:

The Rise and Fall of the House of Medici

The Rise and Fall of the House of Medici by Christopher Hibbert is a long, detailed look into the Medici family, the dynasty that had such a profound effect on the Italian city of Florence during the Renaissance.

The book follows the ups and downs of the family from the early 1430s with the rise of the near legendary Cosimo de'Medici until the end of the family line in 1737. The loves, habits and politics of each of the Medici are outlined in dense prose. the book has been described as 'thoroughly readable' by Antonia Fraser, herself a well known historical writer, but I found it heavy and hard going. In fact I felt, by presenting so much historical fact in such a dense manner, the book became boring and sometimes confusing, where background was only sketched in and too many characters were introduced at once.

I suspect this is a book that would be most appreciated by people who already know a lot about Renaissance Florence and who want a reference book about the Medici.


The Rise and Fall of the House of Medici by Christopher Hibbert, published by Penguin


reviewed for Italy in Books.
Shared by Crafty Green Poet at 1:23 pm No comments: 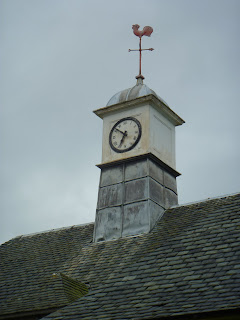 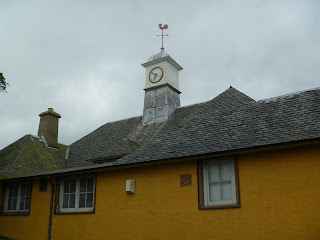 Shared by Crafty Green Poet at 3:44 pm No comments:

The State of Me by Nasim Marie Jafry

I met Nasim through Story Shop, the Edinburgh City of Literature project at the Edinburgh International Book Festival. You can read her stories here. She is the only one out of the group reading at Story Shop this year to already have a novel out. I bought a copy at the bookshop at the Book Festival.

The State of Me follows Helen Fleet, a promising student at Glasgow University, whose studies are interrupted when she is diagnosed first with Coxsackie virus and then with ME. Based on her own experiences of having ME, Nasim writes beautifully and insightfully and with a great deal of humour and originality about how the illness affects Helen's life and relationships.The novel moves back and forth between Helen's first person narrative, third person narrative and internal dialogues:

stranger:..I'm going to see Dance with a Stranger after work. What about you?

Woven into the background are the music, films, books and news items of the 1980s (so I found myself singing along at times!). Helen goes through a lot of bad times, when she can barely get out of bed and when she is faced by people (including medical practitioners) who deny the existence of ME. However in between times she enjoys life with her friends and family and manages her energy so she can travel a wee bit and do some voluntary work. Nasim has a great eye for amusing incidents:

When we'd finished ...(the meal)... the owner brought out a beautiful black puppy and put her on the table for us to pat, as if she were an after-dinner ritual like brandy and cigars.

This is a wonderful novel which engages the reader on many levels as well as giving a lot of insight into ME.

As ever, coloured text contains hyperlinks which take you to other webpages where you can find out more.
Shared by Crafty Green Poet at 8:36 pm No comments: 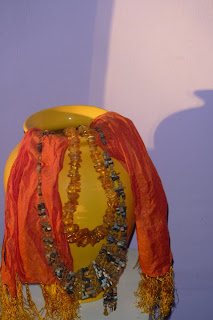 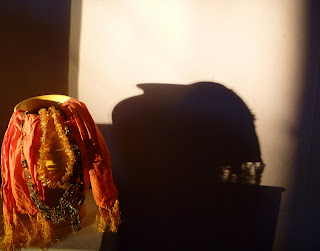 For Shadow Shot Sunday
Shared by Crafty Green Poet at 10:30 am 9 comments:

Actually the book is the New Selected Poems, but as the book is now over 10 years old, that New can be a little confusing!

Edwin Morgan was Scotland's greatest poet, who died last year at the age of 90. He was an incredibly versatile poet and could move with great ease between sonnets and experimental form and subjects varying from tender love poems to science fiction, poems about the history of Scotland and a poem in the voice of the Loch Ness Monster.

New Selected Poems showcases the whole range of his talents. I love the surrealism of many of his poems, as in From the Video Box: 25 - an imagining of the televising of the world jigsaw finals:


.............But what I liked best
was the last shot of the completed sea
filling the screen; then the saw lines disappeared,
till almost imperceptibly the surface moved

Although he didn't write often about nature, Morgan did have a fine sense of the natural world, as shown in An Abandoned Culvert:

The daffodils sang shrill within the culvert.
Their almost acid notes amazed the darkness

and he could write a good campaigning environmental poem too as in The White Rhinoceros which proves that poetry doesn't need to rant to make a campaigning point:

and the safety catches started to click in the thickets
for more. Run holy hide - take up your armour-
Run - white horn, tin clown, crown of rain woods

Morgan is best known perhaps for both his science fiction poetry and his love poetry. His science fiction poetry is very clever and often highly entertaining such as The First Men on Mercury, in which the voices of the earthlings and the Mercurians move closer and closer together, until they can barely be distinguished and eventually change still further so that the Mercurians are speaking English and the earthlings are speaking gibberish.

Morgan's love poetry is tender and often melancholy. Morgan came out as gay on his 70th birthday, you can read more about his sexuality and his love poetry in this excellent article on Aethelred the Unread, where you can also find Morgan's well known love poem Strawberries.

Reviewed for the LGBT reading challenge

As ever. coloured text contains hyperlinks which take you to other webpages where you can find out more.
Shared by Crafty Green Poet at 12:08 pm 3 comments: