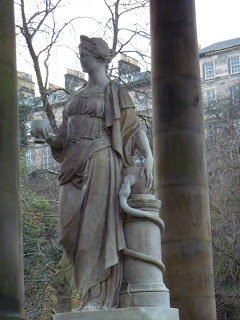 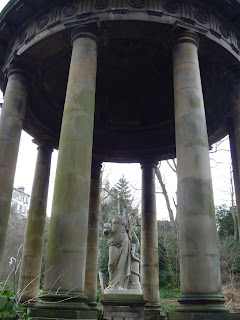 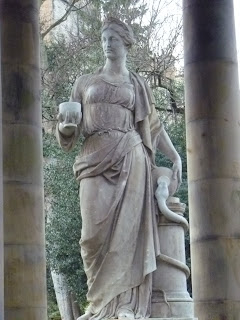 Such a lovely monument and interesting history, Juliette! Soft lovely shadows for the day! Hope you have a wonderful weekend!

No doubt the healing water is very full of minerals, which no doubt gives it the terrible taste. But who thinks that anything with medicinal properties tastes great anyway? The statue is lovely!

That would be wonderful to visit and photograph.

Thanks for the history of St Bernard's well - it's rather a lovely thing (I think setting helps) and I didn't anything about it at all.

Thanks for the history. I smiled when I read that school boys had rediscovered it more than two-and-a-half centuries ago. It sure has been around for a while! Hmmm. I wonder if the boys tasted the water. :))

Would you please drop by and see my shadows? Would love to see you!

A fascinating history lesson here.Thank you! And whenever I can afford to travel to the UK again, I'll visit St. Bernard's Well.

Since shadows are fragments of light,
Most gracefully they can take flight
And soar through the air
(They do this, I swear)
As though they were some sort of kite.